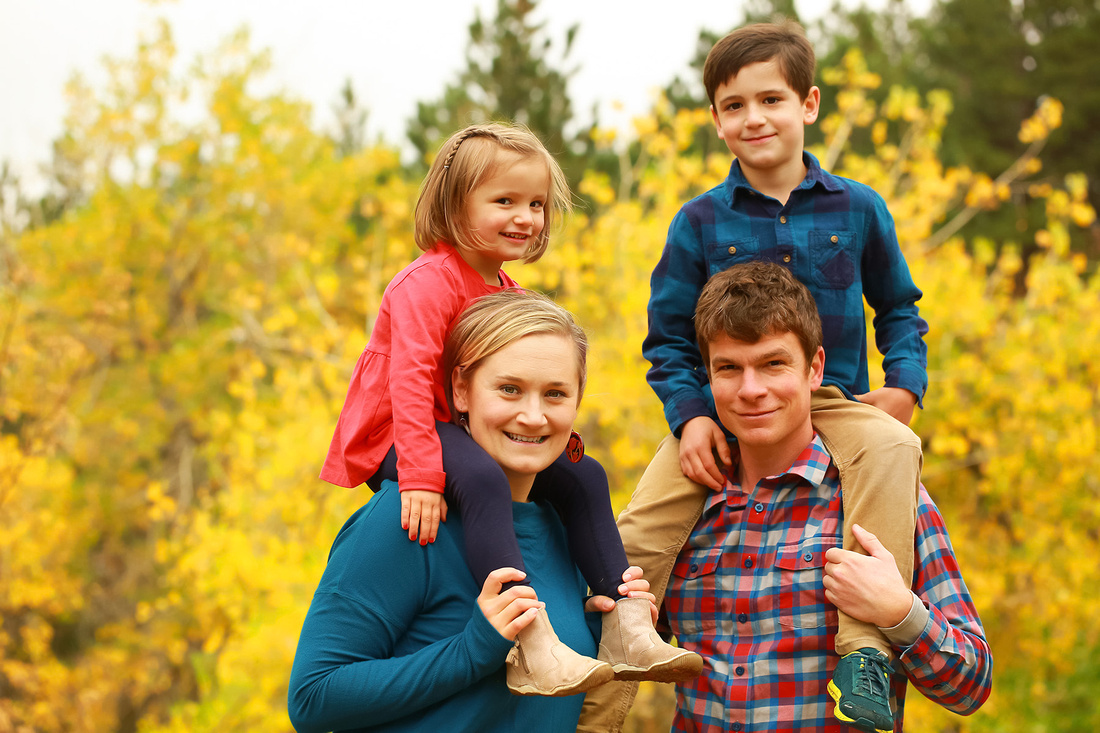 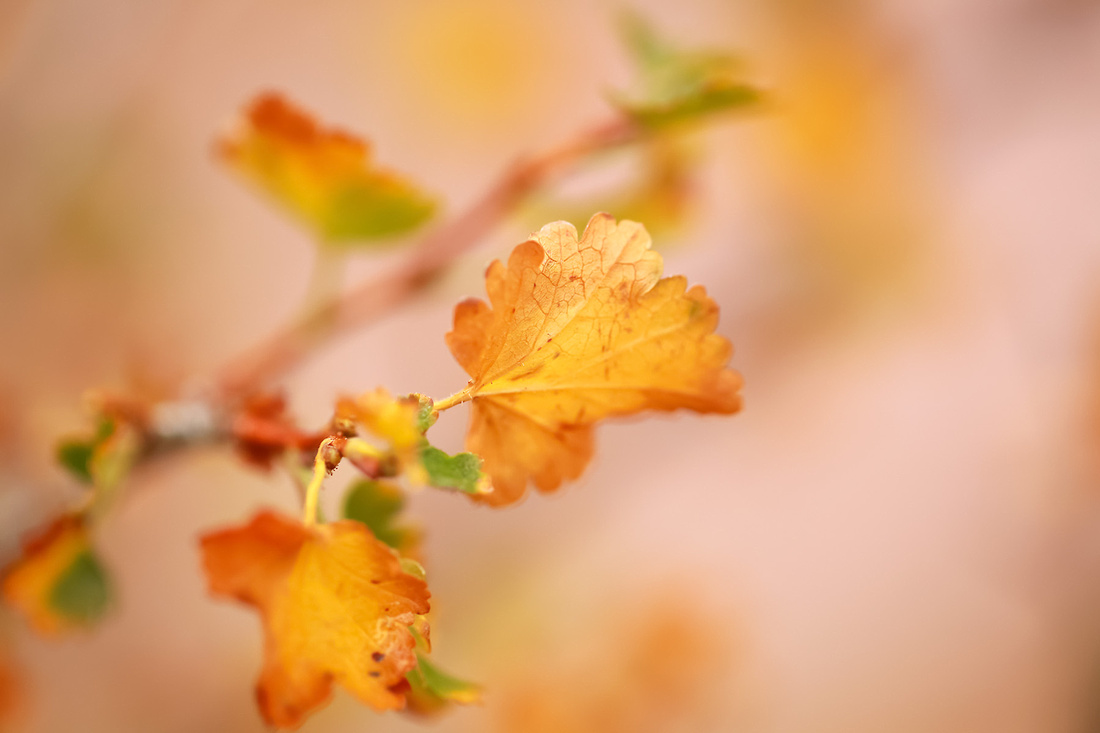 There's a lot to be said about this year and frankly those thoughts have been swirling about in my head more than sugarplums. Yet through it all, I have been in awe. Parents have persevered, persisted and broke trail on new horizons day after day after day. When I met this family for a hike in the foothills and red rocks of Boulder, Colorado I had some expectations. After all, a huge wildfire broke out the day before just north of us and the skies had been filled with ash from the new fire and the ones burning around our state for months. There's that other thing happening this year and with so much heaved upon us all I set out on foot to find the sandstone, the golden cottonwoods and this family of endurance athletes. 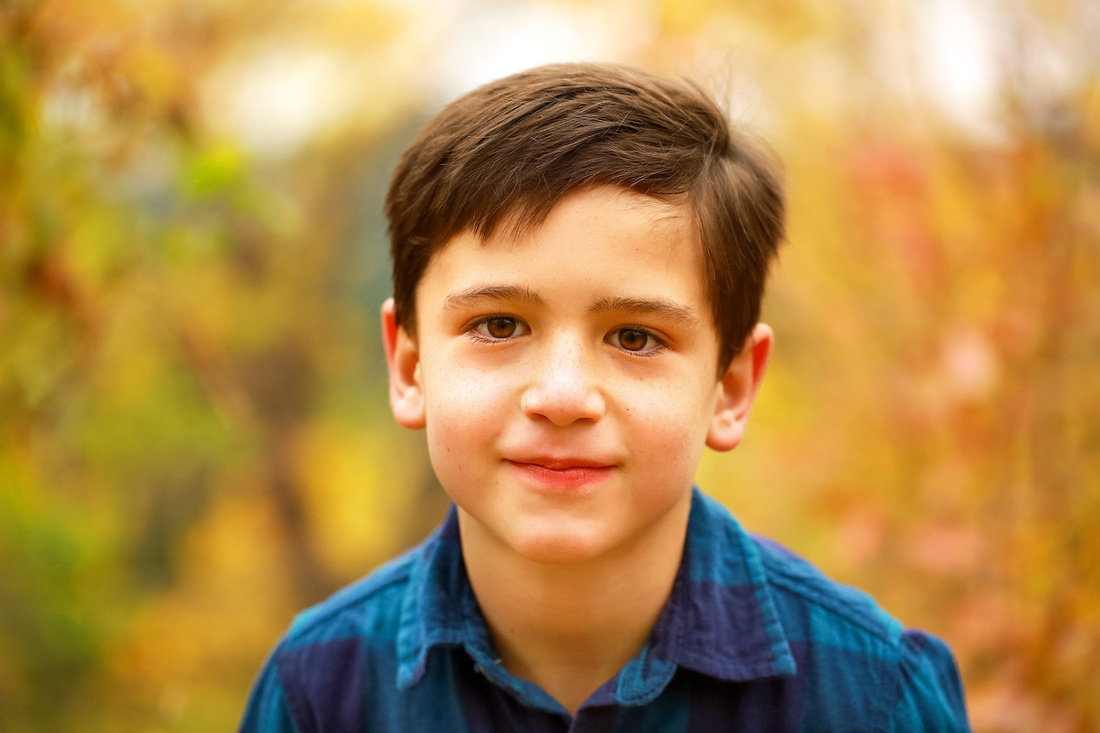 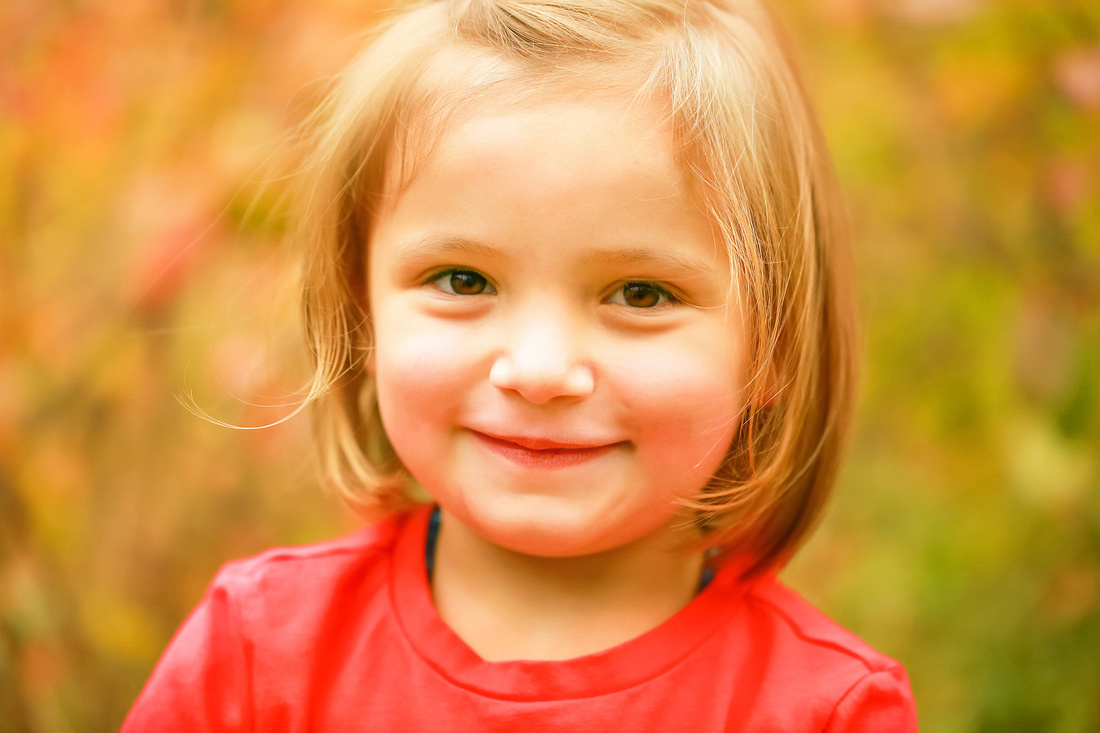 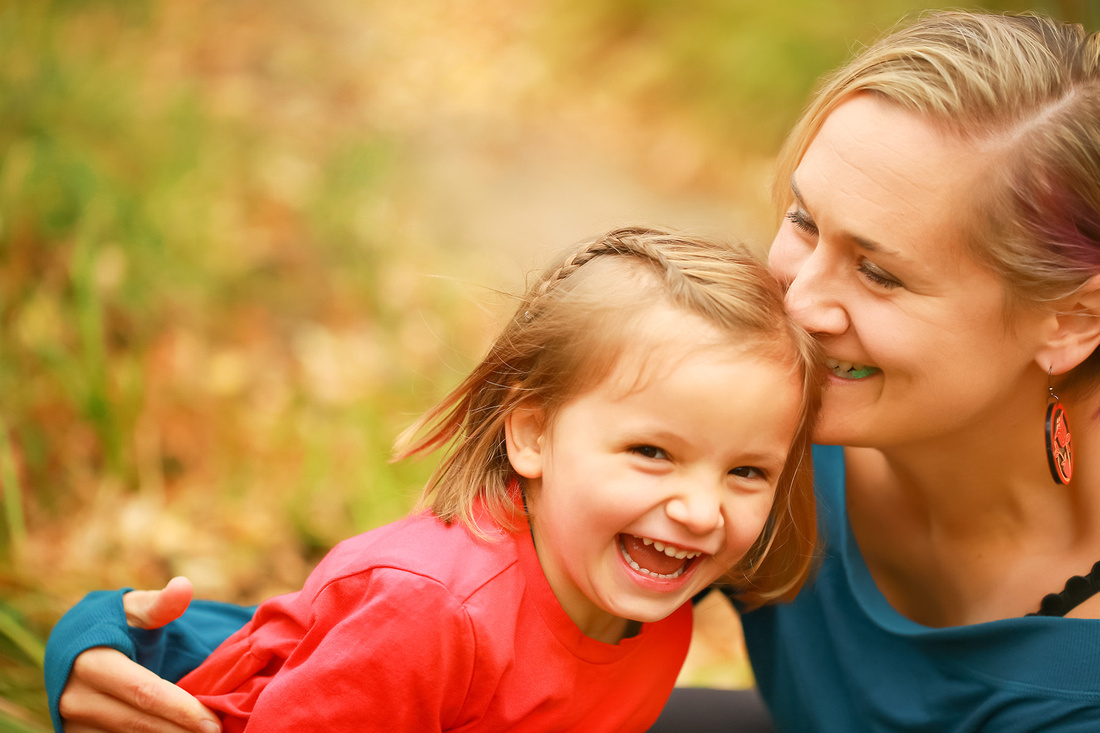 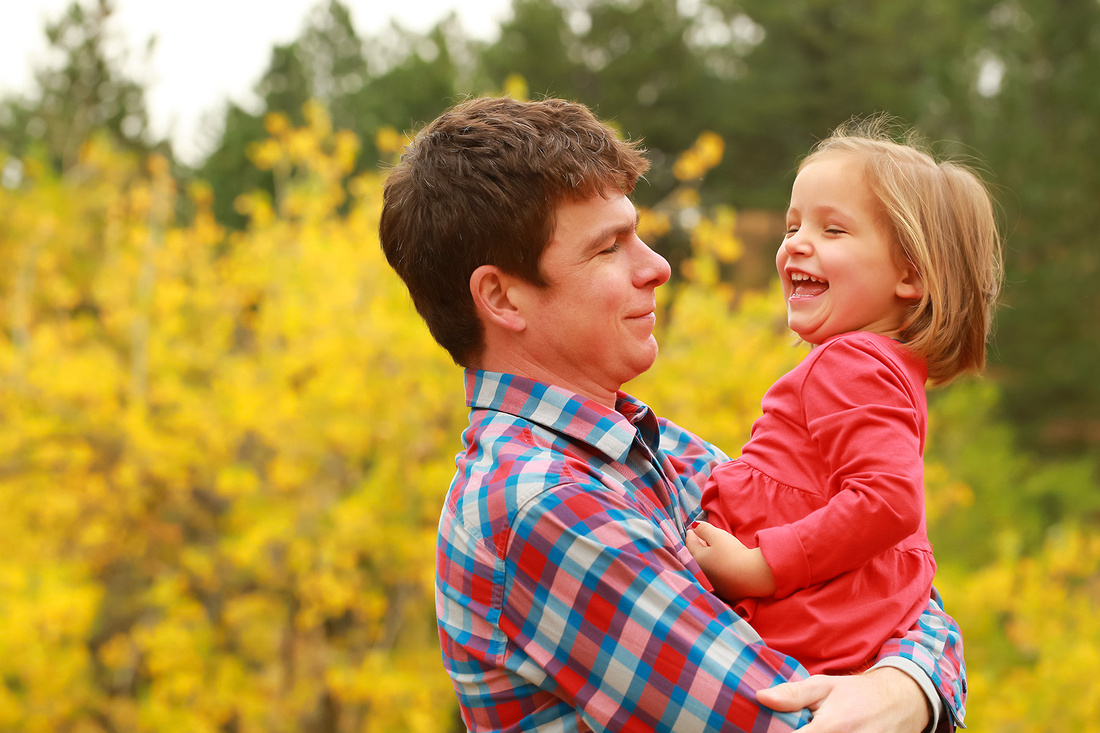 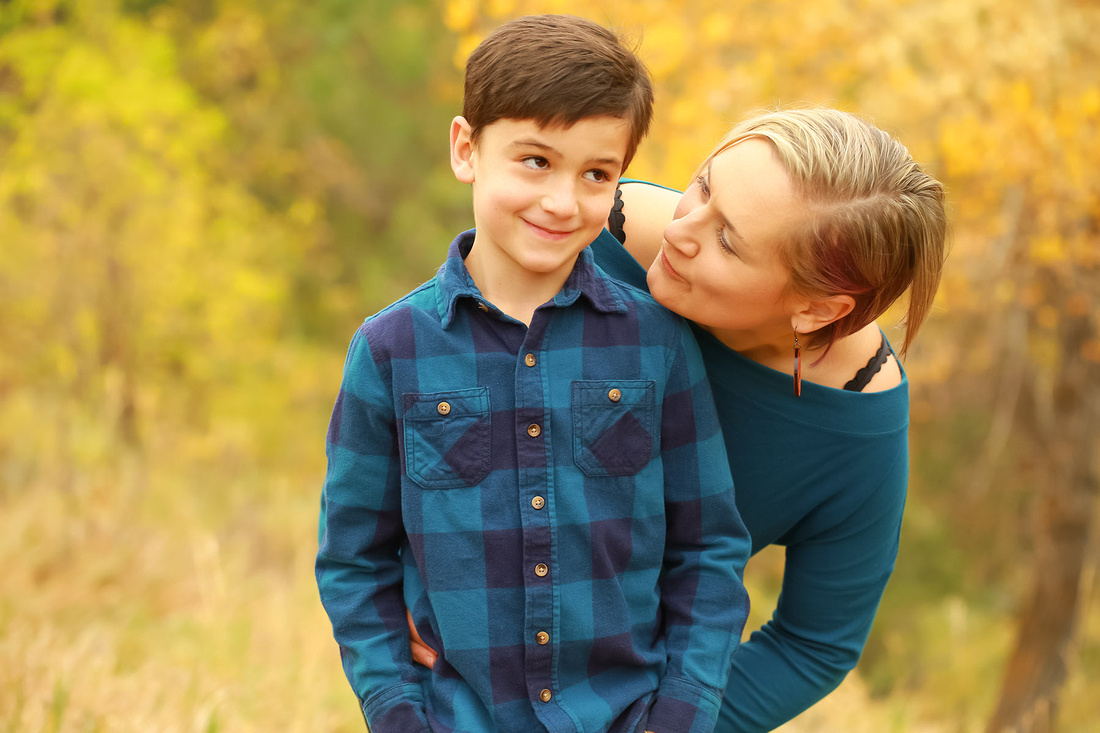 I should have known. Okay, I did know. Having photographed this lovely family a time or two before I knew a few things. I knew that the parents are undoubtedly driven, persistent, caring, hard-working and two of the most brilliant minds I've ever met. I knew they would come with their kiddos ready to enjoy the day no matter what the skies and would be amazing to work with. What I didn't know was whether or not I could keep up with them (literally) and deliver the types of photographs they deserved.

As their oldest came charging up the trail to me (straight up at breakneck speed) I could see that some things had changed since the last time I photographed them. Finley was a wee bit taller than I remembered and despite his young age seemed to be creeping up precariously close to my height. I made a mental note to stand above him when I could for my own ego's sake and continued down the trail with the crew. 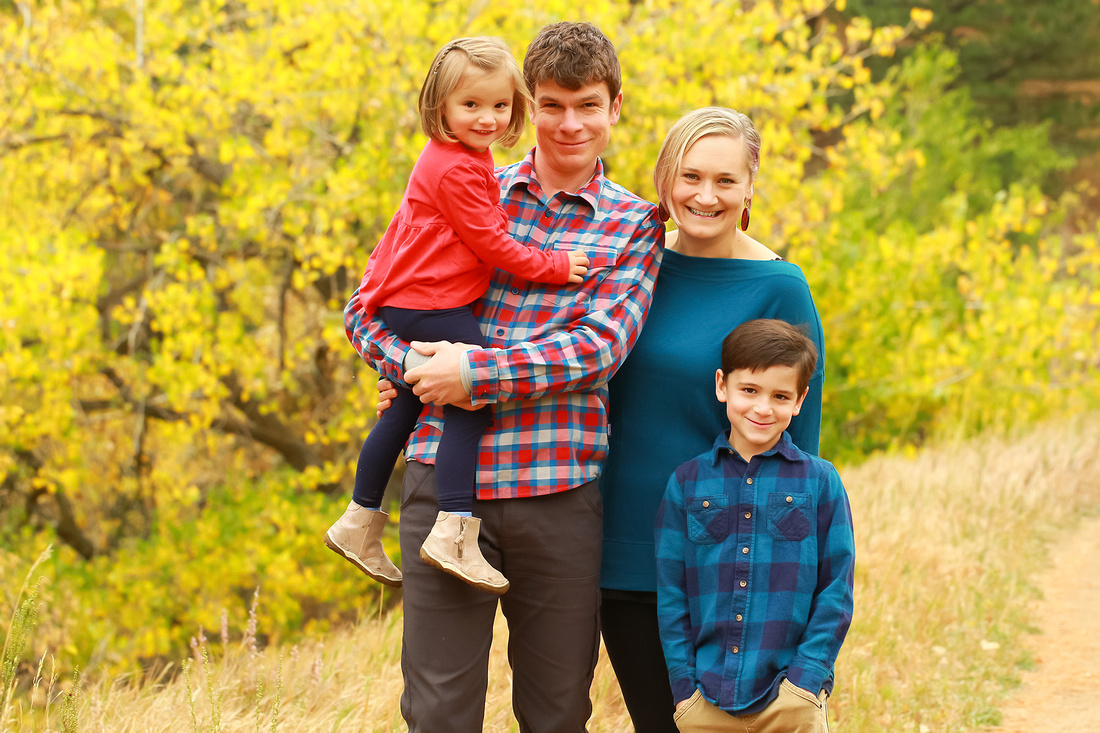 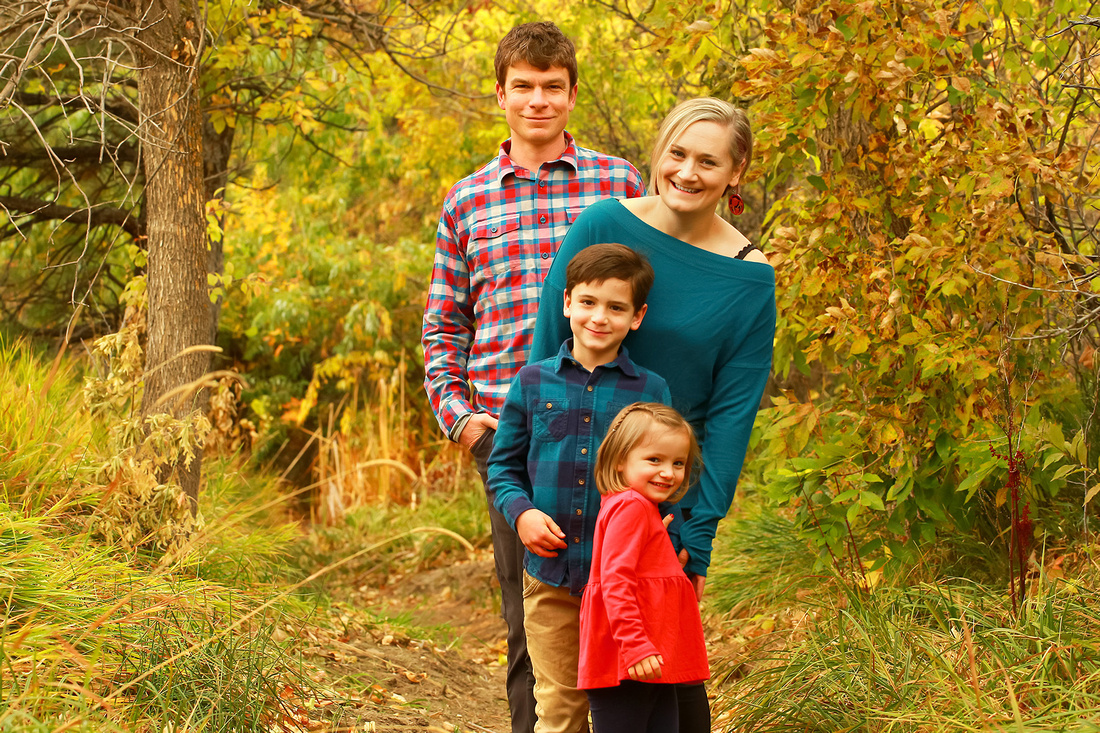 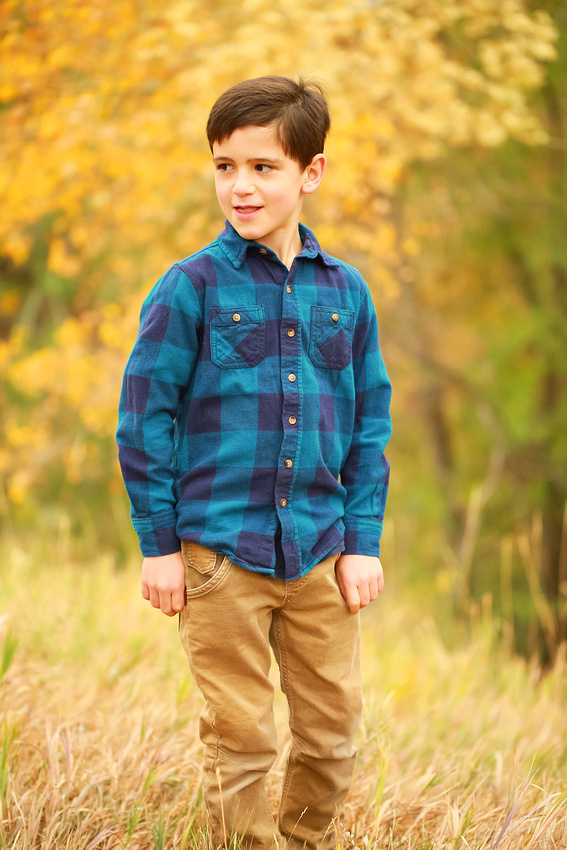 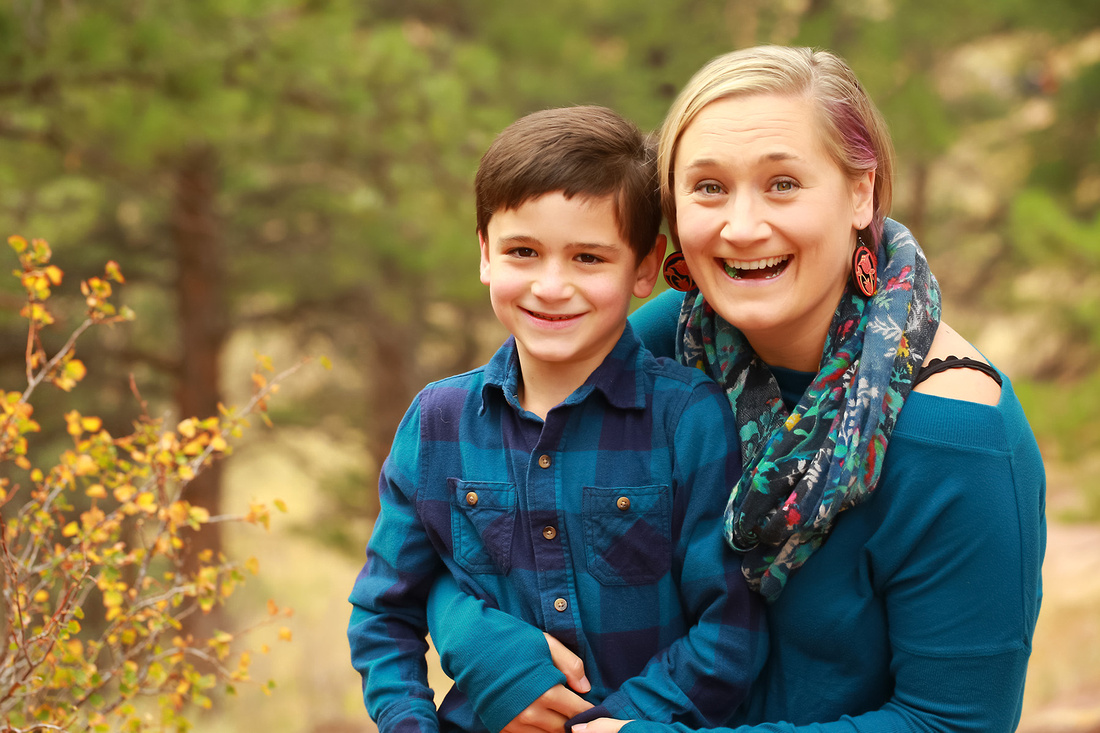 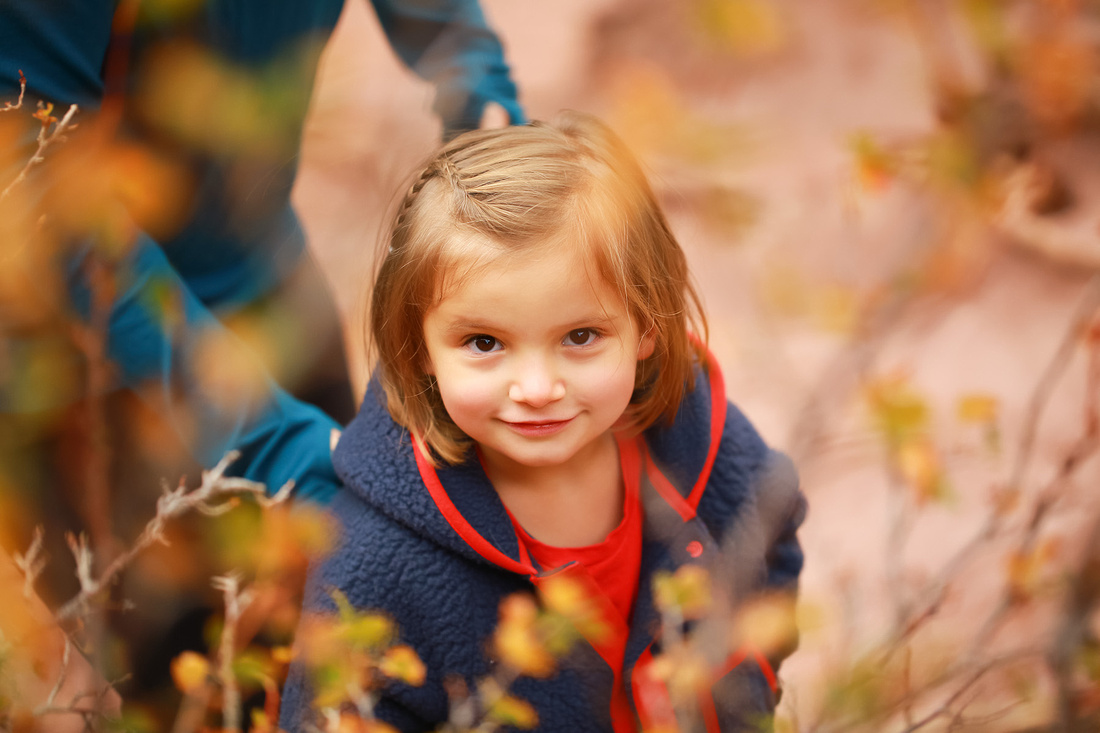 We ran and played around the autumn leaves and Gamble Oaks and I watched in amazement as the kids made mountain lionesque leaps across the boulders and up vertical inclines. Yup, they both obviously take after their parents in genetics and affinity for incredibly challenging athletic feats. Their parents do things...HARD things. Things like trying to save the environment through brilliant work and tenacity, running 100 miles up and down and up more mountains for fun (totally serious) and are both accomplished Nordic Skiers. Yet through it all they had grace and patience (so much patience with me) and a laid-back attitude that had me making mental notes as to how I should parent in the future. Thanks for the free lessons! 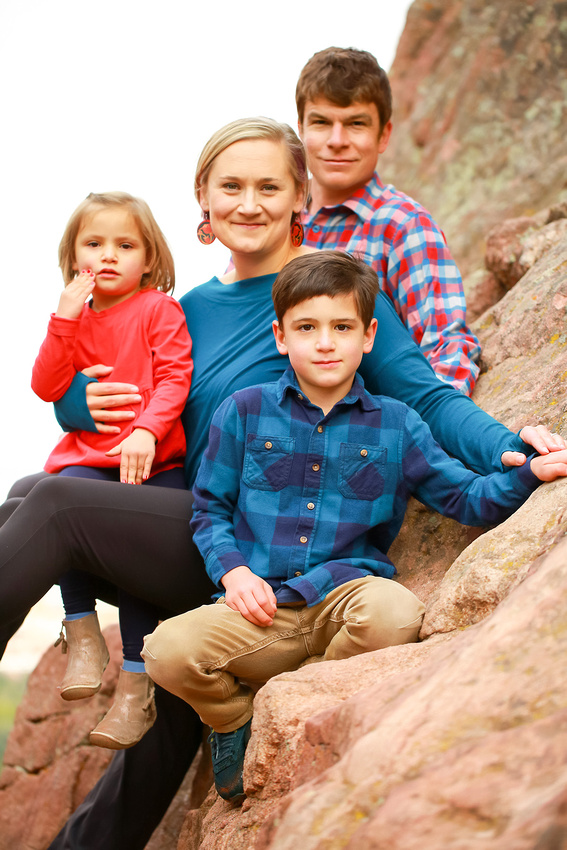 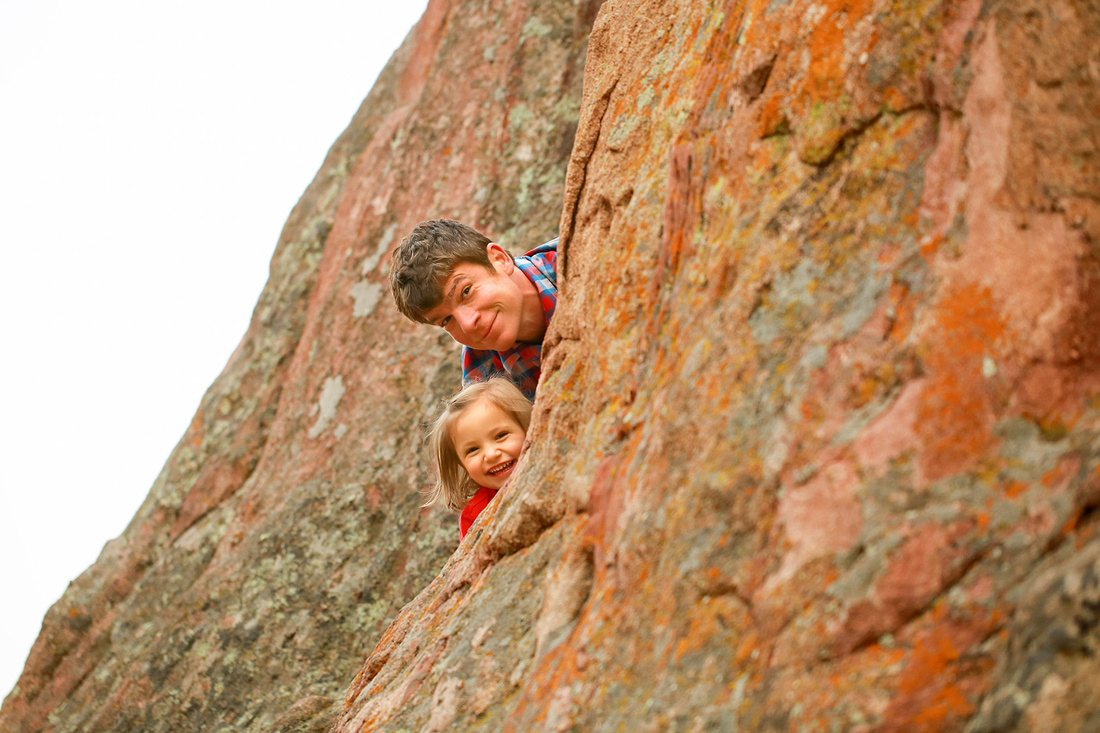 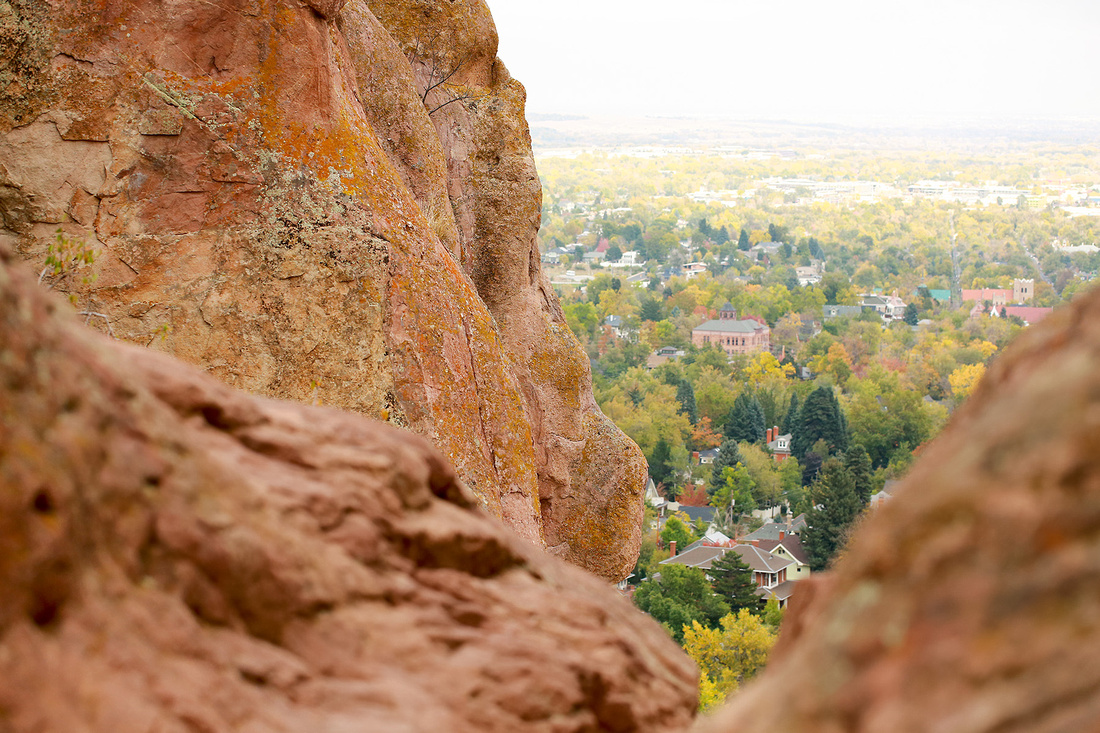 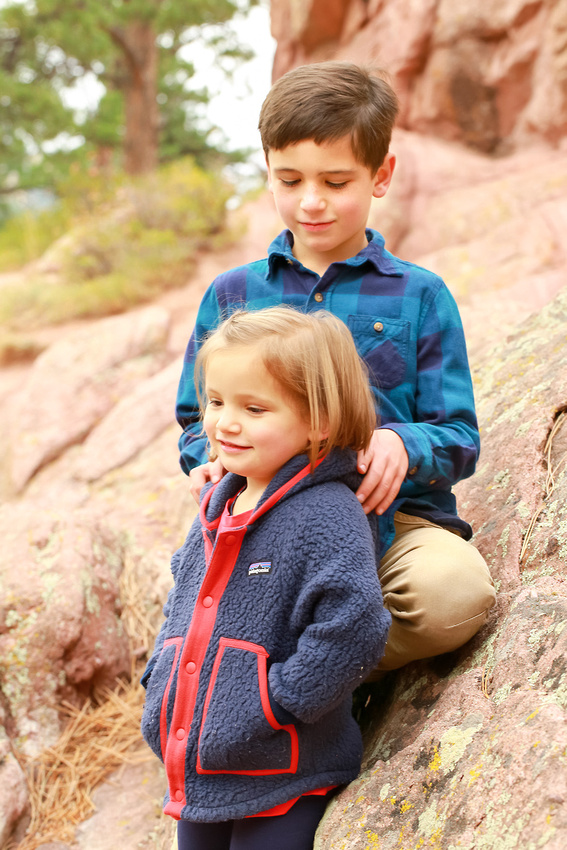 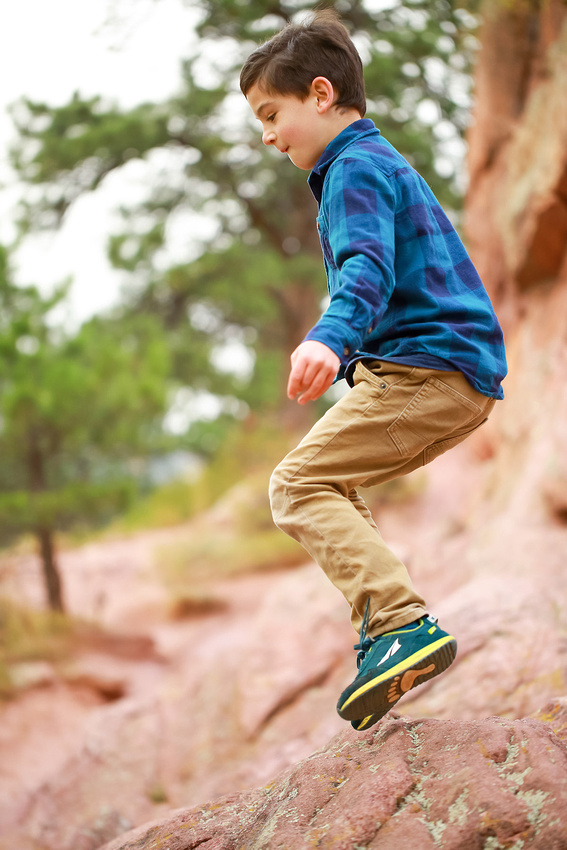 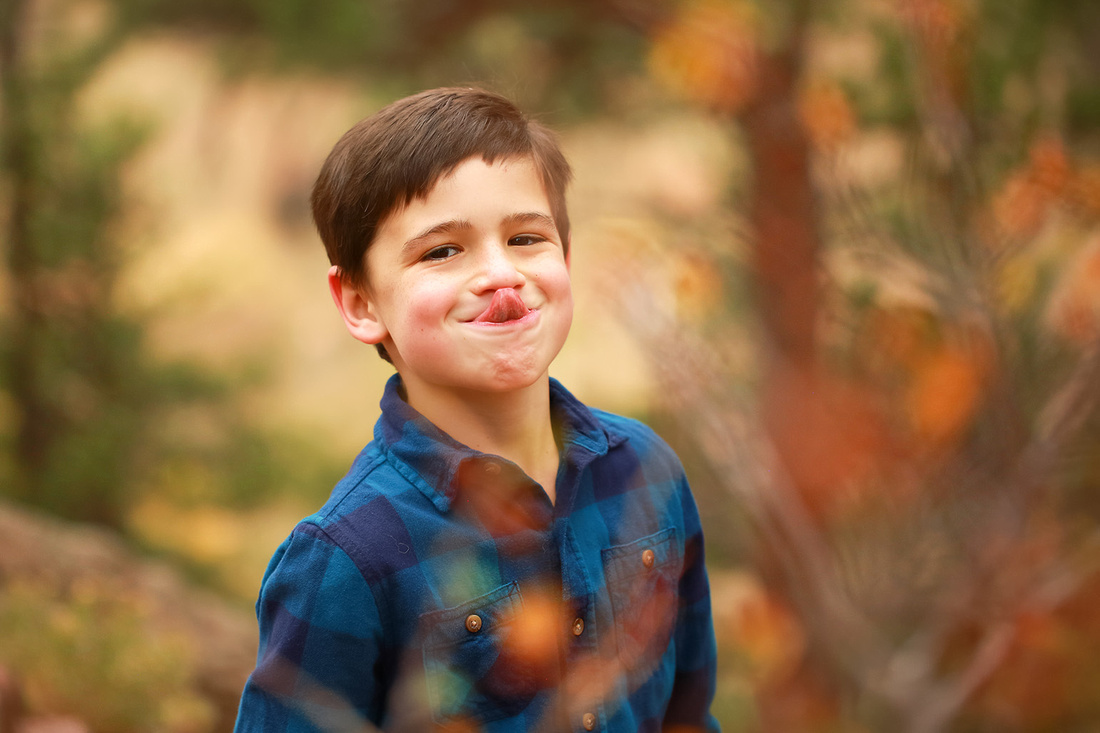 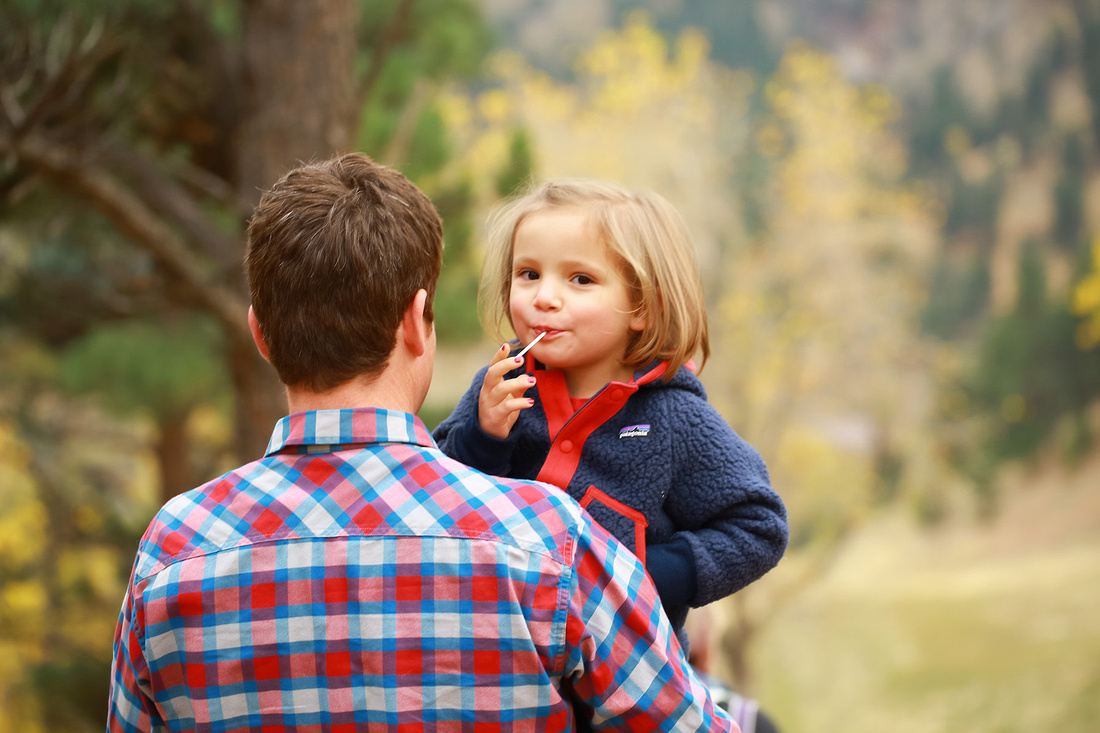 And then it got better because in addition to letting the kids play, run, jump, climb and just be free, they brought out a skeleton arm. Now it was sort of near Halloween so I get that but who brings a skeleton arm to a photo shoot? Um, this sweet family does! I fully expected little Cordelia to erupt into tears when her brother (somewhat) lovingly pet her on the shoulder with the bony appendage. When she turned and saw it she burst....into smiles. Yes, just when I thought this family couldn't get any colder than the breeze they did. 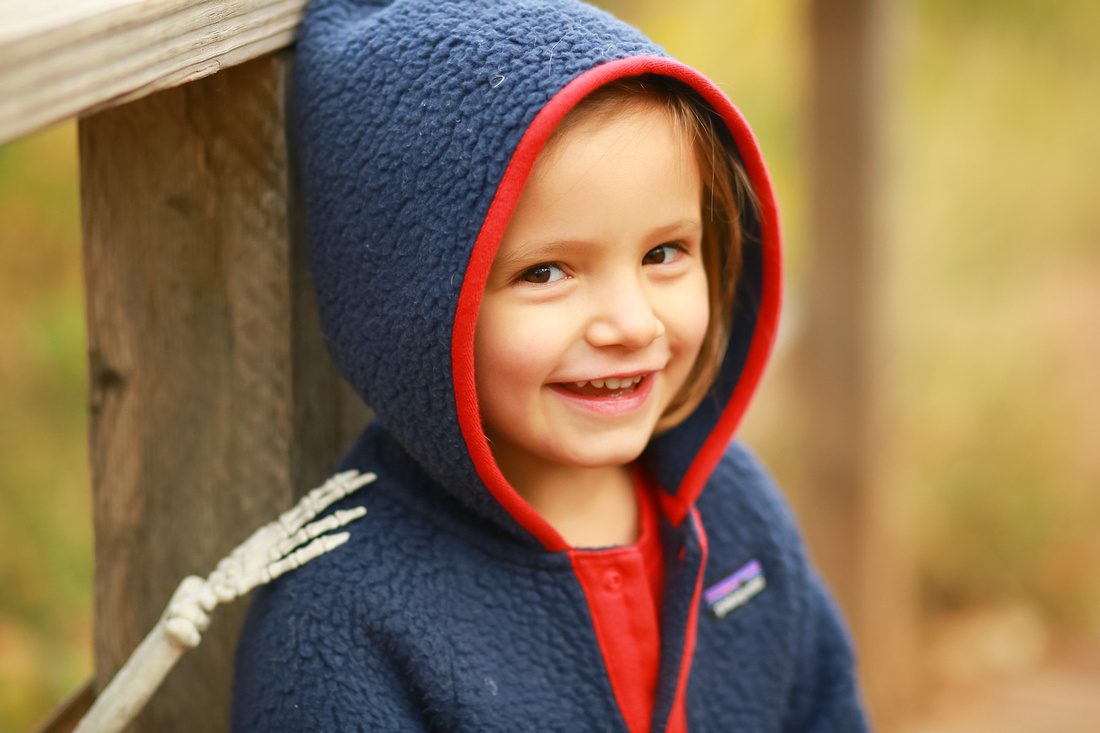 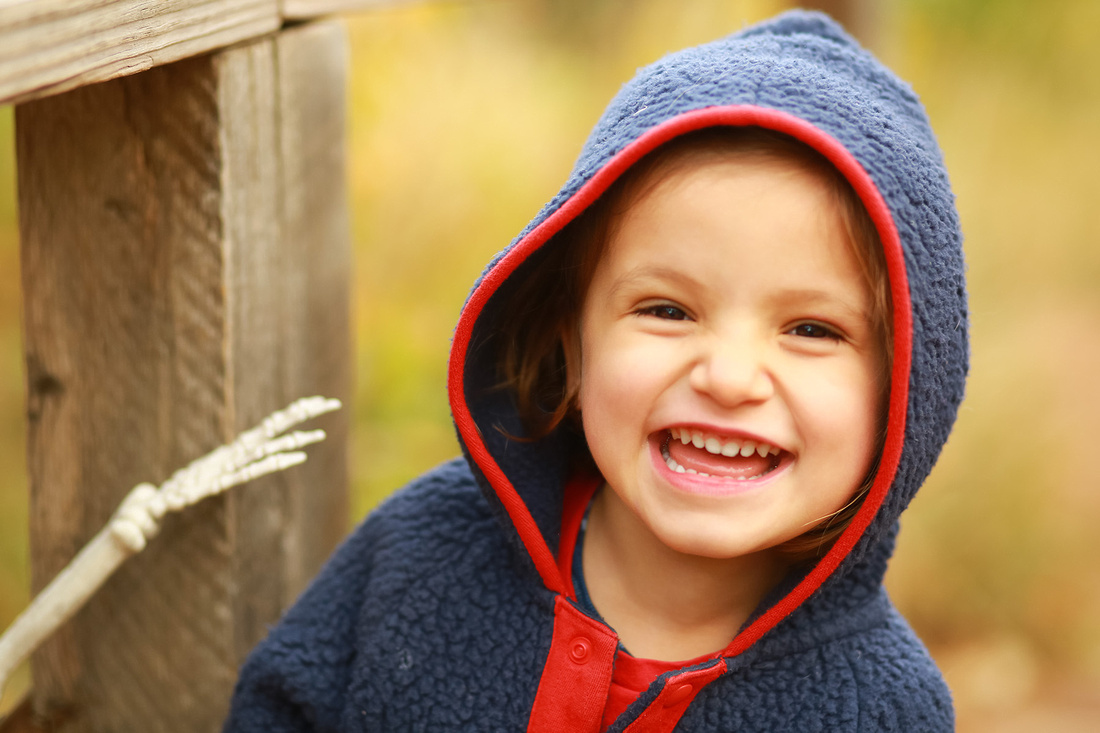 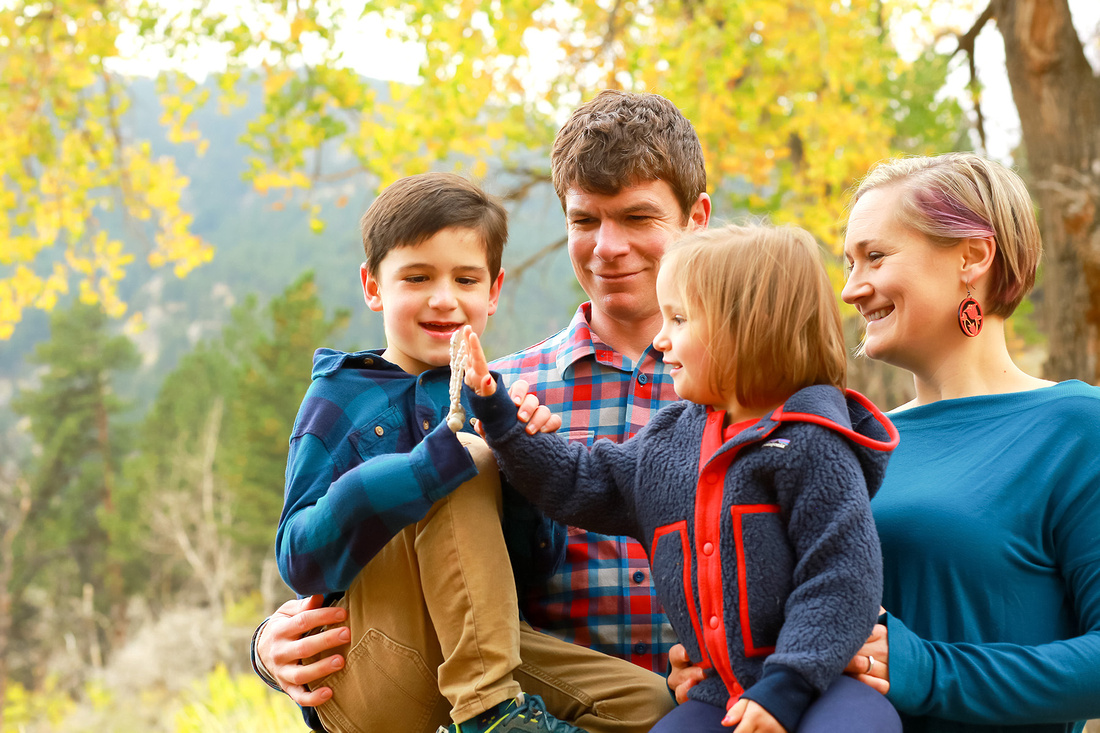 We went down through the willows, inspected the variations of sandstone, I threw bats at them (doesn't everyone carry around plastic bats in their pockets) and enjoyed exploring the trails of Boulder. Watching the slurry planes fly overhead we were all thankful for the firefighters and all the work they've done this fire season and every fire season.

Cordelia's smile lit up the foothills more than the elusive sun that day and at the end of it all I knew two things: I was ready for a nap and I would be forever thankful for getting to spend a hazy autumn afternoon in the company of so much awesomeness. 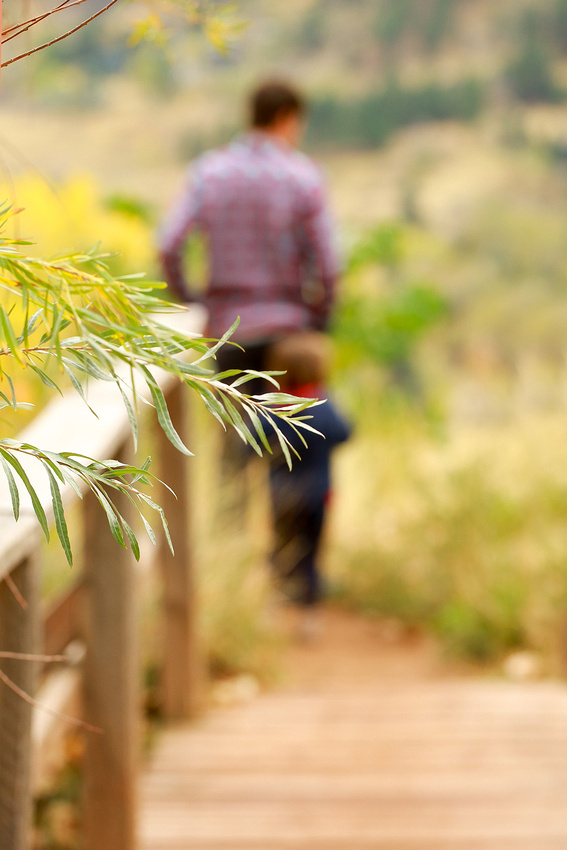 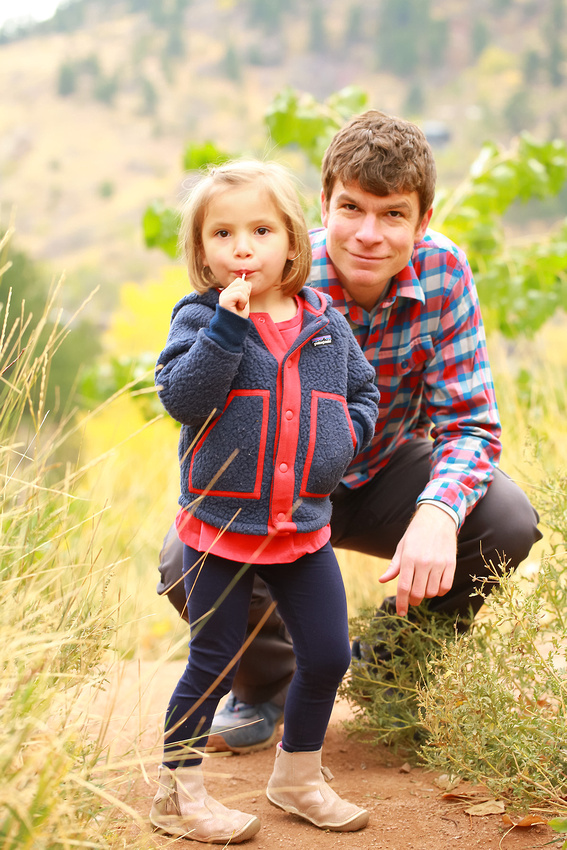 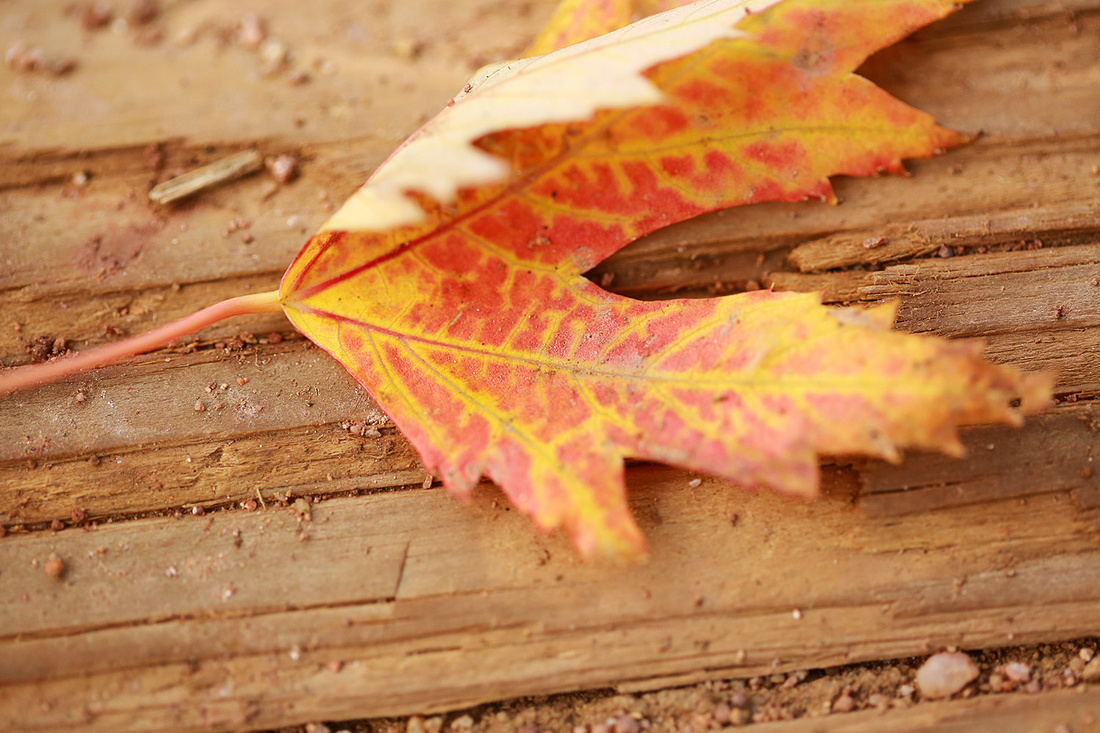 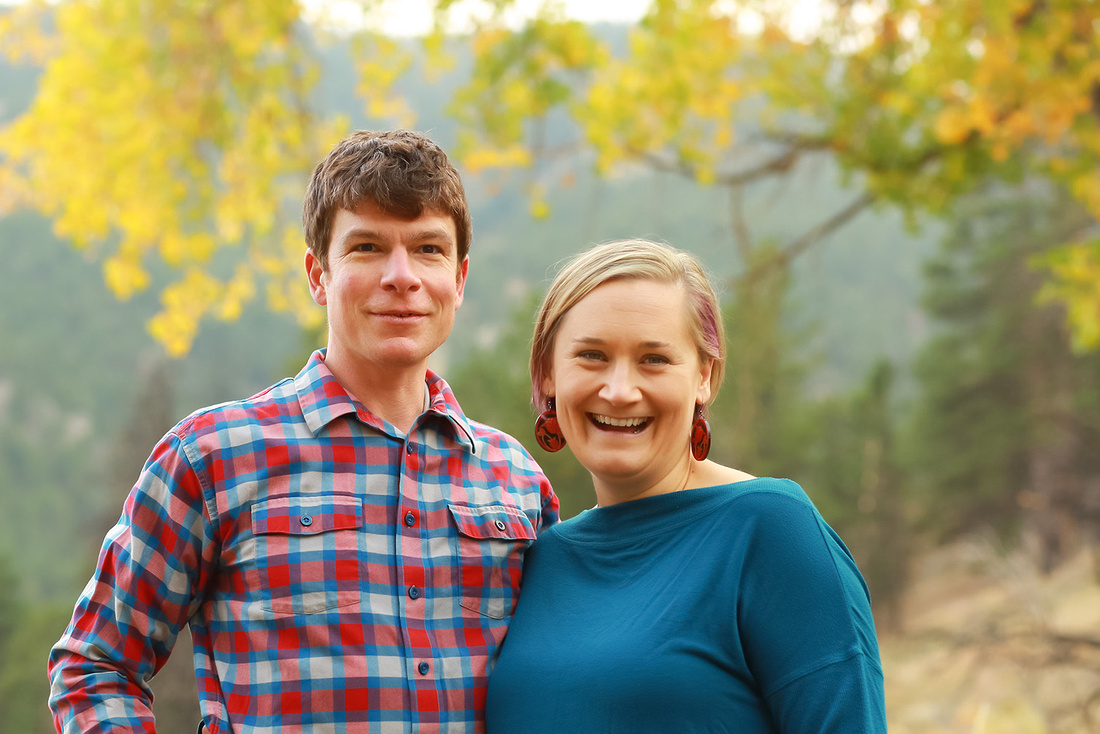 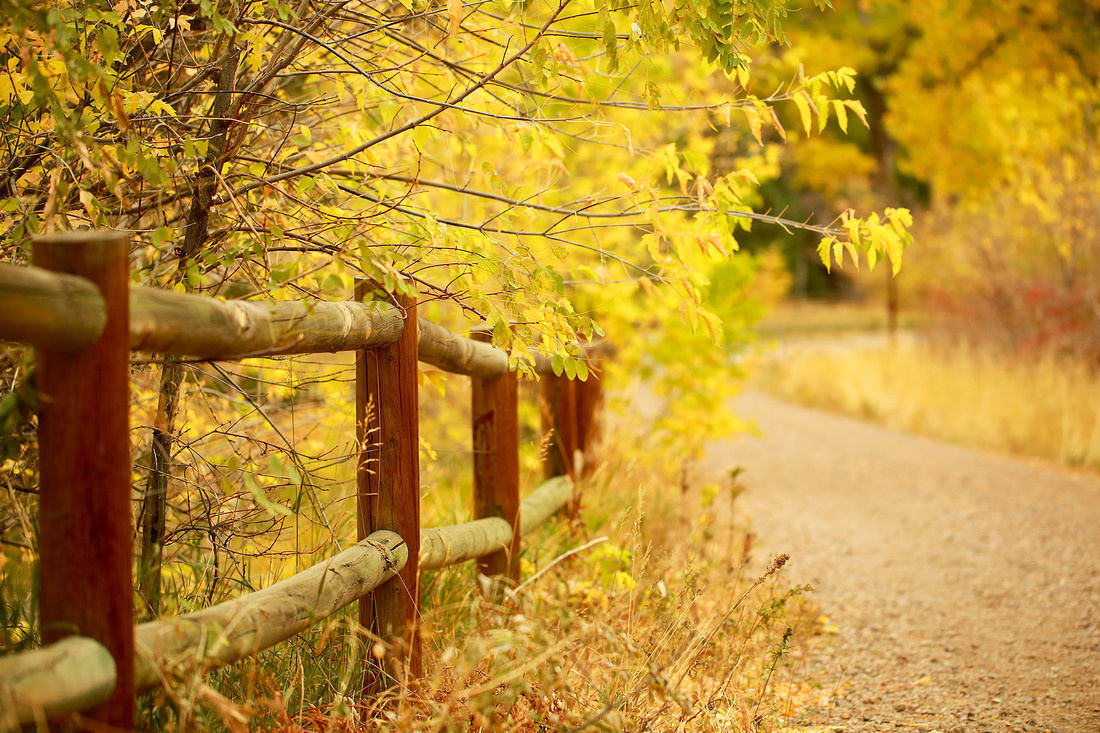